groovescooter: friends are just people with the same taste in music

Based in Sydney, Australia, Groovescooter is an independent record label, production house, film music supervisory/licensing service, events company and remix team founded by long-time friends/collaborators Georgie Zuzak and Paris Pompor. The two DJs and music collectors had played in various bands together and separately in the ’80s/’90s,  before setting up the Groovescooter record label and their DIY studio in the late-’90s. In 2019, the label celebrated its 21st birthday with the launch of its vinyl-only 45 imprint, Thr33-Thirty Seven Records co-run with another friend and music fanatic named Nico. The imprint’s first two releases were Oyobi’s much-loved Gamble & Huff/Jean Carn 7″ remake of Don’t Let It Go To Your Head, and a reissue of Aussie jazz-funk rarity Pink Steamroller by The Life Organisation. With one foot in their ’80s femo-funk-punk and queer disco pasts, the other in the dancefloor’s fluid future, an enduring love of new and vintage soul, funk, jazz, electro, Afro, Latin, reggae and tropical vibes inform most of what they do and love.

THE STORY SO FAR

RECORD LABEL  Starting around 1997/’98 (the only records the label managers were keeping back then were vinyl ones, so the label’s start date is a little unclear) and born of a radio program called The Groovescooter Show on 89.7fm (that ran weekly for close to 20 years), Groovescooter’s first major release was the all-Australian album Beatscootin’ Groove Electro Sounds, which was one of four finalists in the Australian Dance Music Awards for Best Compilation that year alongside Freaky Loops. Soon after came the first in their successful cover-versions series Re-fashioned (Vol 2 was a Triple J Album of The Week – arguably giving JJJ the idea to launch their own Like A Version series). This was hotly followed by the much-lauded Elk album by evocative singer/composer Inga Liljeström, which after a year at the top end of the Australian dance charts culminated in a night called Audio-Noir at the Sydney Opera House‘s Studio. Produced by Groovescooter, the event saw Inga realise the lush, Portishead and Bjork-like record with a full live band, actors and dancers, plus input from fellow stablemates including filmmaker/musician Don Meers. Both artists went on to release several critically acclaimed albums/EPs on Groovescooter Records and even a DVD collection on the label and/or it’s bespoke da dAdA imprint. Later came artist-albums like Warp and Weft by Brisbane-based electronic future-jazz prodigy ENS and Necks-like jazz trio amphibian. Lurking in the label’s back-catalogue are also numerous curios: like early recordings by the yet-to-be global pop phenomenon Gotye (including his stunning covers of Depeche Mode and Japan/David Sylvian – both commissioned by Groovescooter before he decamped to the United States and Prince handed him a Grammy Award), an album by New York’s bearded angel Scott Matthew (star of Hedwig-creator John Cameron Mitchell‘s Shortbus film) plus numerous disco and boogie edits, remixes and the first ever commercially available recording by Sydney queer stage and screen icon, Paul Capsis. Those behind Groovescooter have cobbled together a living working for a number of other record labels over the years including Creative Vibes (Groovescooter’s original distributor) and Georgie was also the Australian Rep for L.A.’s Stones Throw label while managing Basement Digs, Instinctive Travels and Sonic Arcana Records.

FILM: Having always had an interest in soundtracks and all things filmic (something also heard in a number of the cinematically-inclined producers/musicians with releases on the label) eventually Groovescooter moved into working with the Sydney Film Festival (producing the festival’s first and only companion albums and later managing entertainment for the festival’s Hub at Town Hall). This also led to licensing films for Australian premieres and special events (mostly music documentaries that are otherwise ignored in Australia for theatrical release). Groovescooter now have their own year-round music documentary film screening program, and also work with a number of other film festivals and events like Vivid and EMC to curate their yearly film programs. Over the years Groovescooter have premiered such titles as the Stones Throw story My Vinyl Weighs a Ton, Nicky Siano‘s sprawling Love Is The Message documentary, Rudeboy (the Trojan Records story), John Morales Disco Confessions, Here To Be Heard the story of The Slits, Teddy Pendergrass If You Don’t Know Me, Blue Note Records Beyond The Notes, John Coltrane: Chasing Trane, Stretch & Bobbito: Radio That Changed Lives, Elaine Constantine’s faithfully realised Northern Soul drama and many, many more. Often working direct with the filmmakers themselves, screening events regularly include Q&As, special guests and or musically themed entertainment before or after the films. Memorable guests who have joined Groovescooter live in the cinema or at film after-parties include DJ/producer Greg Wilson (for the Sydney Premiere of Manchester Keeps on Dancing), DJ Gilles Peterson (for his Brasilian road trip odyssey Bam Bam Bam) original Venice Beach skater Terrel Fergusson (when Groovescooter turned Sydney Town Hall into a DJ-fuelled roller disco after the Premiere of Kate Hickey‘s Roller Dreams for the Sydney Film Festival) and MFS/Factory Records Berliner Mark Reeder for a screening of the fantastic B-Movie Lust & Sound just prior to his DJ set at the Sydney Opera House ahead of New Order‘s live show). Oh and who could forget Andrew Bukenya scaling the Golden Age Cinema‘s cocktail bar in six-inch heels, bowler hat and glomesh-knickers to perform Pull Up The The Bumper ahead of Groovescooter’s Grace Jones preview-premieres or the time he was joined by drag-punk Aaron Manhattan to channel Diana Ross and Lisa Minnelli for Groovescooter’s Studio 54 screening events.

MUSIC PRODUCTION, DJing + RADIO: Besides continuing to create their own tracks and release them on vinyl, CD and now digital formats (always WAV quality of course, because Groovescooter hate MP3s and artist-ripoff streaming services like Spotify), both Georgie and Paris have been DJing for the past two decades. Individually they are members of the all-female Queen Bee and tropically-focussed Afrobrasiliana DJ collectives respectively, having played everywhere from the Art Gallery of NSW, Metro Theatre, Botanical Gardens and numerous Sydney Festival venues, through to small underground clubs bars/nights/warehouses, queer institutions like Kooky and The Hellfire Club, and outdoor parties like Soul of Sydney and Vibes On A Summers Day supporting everyone from F Communications’ Avril to disco pioneer John Morales, Australian Oz-boogie originals I’m Talking to Venezuelan party-starters Los Amigos Invisibles. They also continue to present weekly radio shows (Georgie currently on Eastside Radio with the Merchants of Sound show and Paris on 2SER with Jumping The Gap, having both previously presented programs together on FBi 94.5 and SBS Radio Alchemy). As producers/remixers, those running the label have produced remixes/tracks for a diverse array of artists, created mixes (including back-to-back ones for Triple J‘s Saturday night dance flagship show Mix Up) and released tracks/remixes/edits on labels such as Creative Vibes, NZ’s FREq Records, Kookyburra, WEA/Warners, Roadshow, Larrikin, Aural Industries, Rajon and That’s Not An Edit under the name Groovescooter or aliases like Society, Mothloop and Thighhigh Bootleg. Together or separately, Georgie and Paris have also performed in a number of bands through the ’80s and beyond, including Elephant Talk, Gag Bag, Jamm Factory, Flacid Ashback and Monnie Pennie.

TALKS: In 2012 Groovescooter launched their live talk event series called In Conversation which focusses on musicians and music-obsessives and has played host to everyone from Gilles Peterson, Greg Wilson, Gregory Porter and Martha Wainwright, through to Hot Chip, Stereogamous, Simon Hunt/Pauline Pantsdown and Amanda Palmer – all of whom have talked at length about their lives and careers before a live audience for this always-free and ongoing series. Many of these conversations can be relived via podcast or videos of the events, while a couple were also broadcast around Australia by ABC TV.

ART: Also around 2012, Groovescooter launched an art exhibition series called ArtGroupie, where musicians who also produce visual art have taken part in group exhibits staged by the label and presented everything from interactive installations and sound sculptures, to paintings and photographs. Each exhibition has a hand-crafted companion compilation available at the launch for free featuring music by those exhibiting. Over the years the growing number of artists have included Steve Kilbey (The Church), Reg Mombassa and Peter O’Doherty (Mental As Anything), Mick Turner (Dirty Three), iOTA, Amanda Stewart (Machines For Making Sense), Martin Kennedy (All India Radio / Pray TV) and Ben Ely (Regurgitator) as well as Sydney’s legendary oral hygienist David Kagan (the Dub Dentist). Successful solo exhibitions have also been staged for label manager Georgie Zuzak‘s paintings and original Double J legend (now photographer) Tim Ritchie. Aside from exhibitions, label art has always been a high priority and in-house designs and ideas have also ended up on numerous collectable t-shirt designs including their God Save The Pretty, Vacant Queens one produced for Mardi Gras Film Festival to coincide with co-presenting the film Queercore: How To Punk A Revolution.

WHAT’S NEXT: In 2020, the label ran a number of music-related Black Lives Matter campaigns, culminating in a mostly dub-flavoured EP featuring vocalists Andrew Bukenya and Pat Powell among others, with all proceeds donated to the Aboriginal Legal Service (NSW/ACT). As 2021 drags on in lockdown, but with the glimmering hope that Covid19 is finally releasing its grip, the label has  a number of new 7″ releases in production, hopes to deliver Vol 2 in The Good Shit mix-tape series on cassette, get back to the cinema with a number of film premieres already in planned and hopefully – as we’re all allowed to begin gathering more freely and dancing together again, organise more warehouse parties, art exhibits and talks events.

Stay tuned… and if you’re making great music, films or art, get in touch with a link to listen/view.

A selection of old posters/images below, we’re still in the process of archiving the last 21 years on this new website 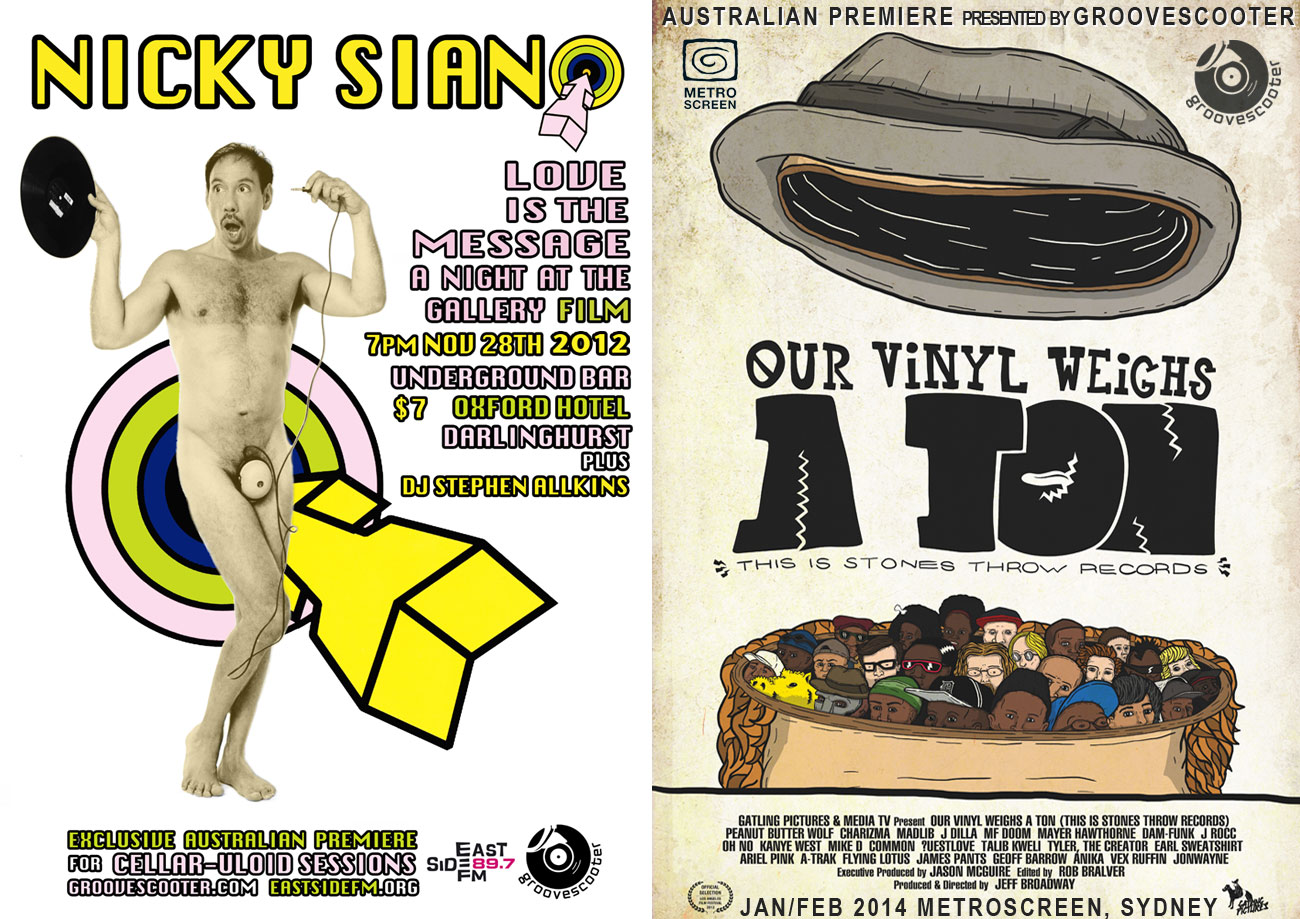 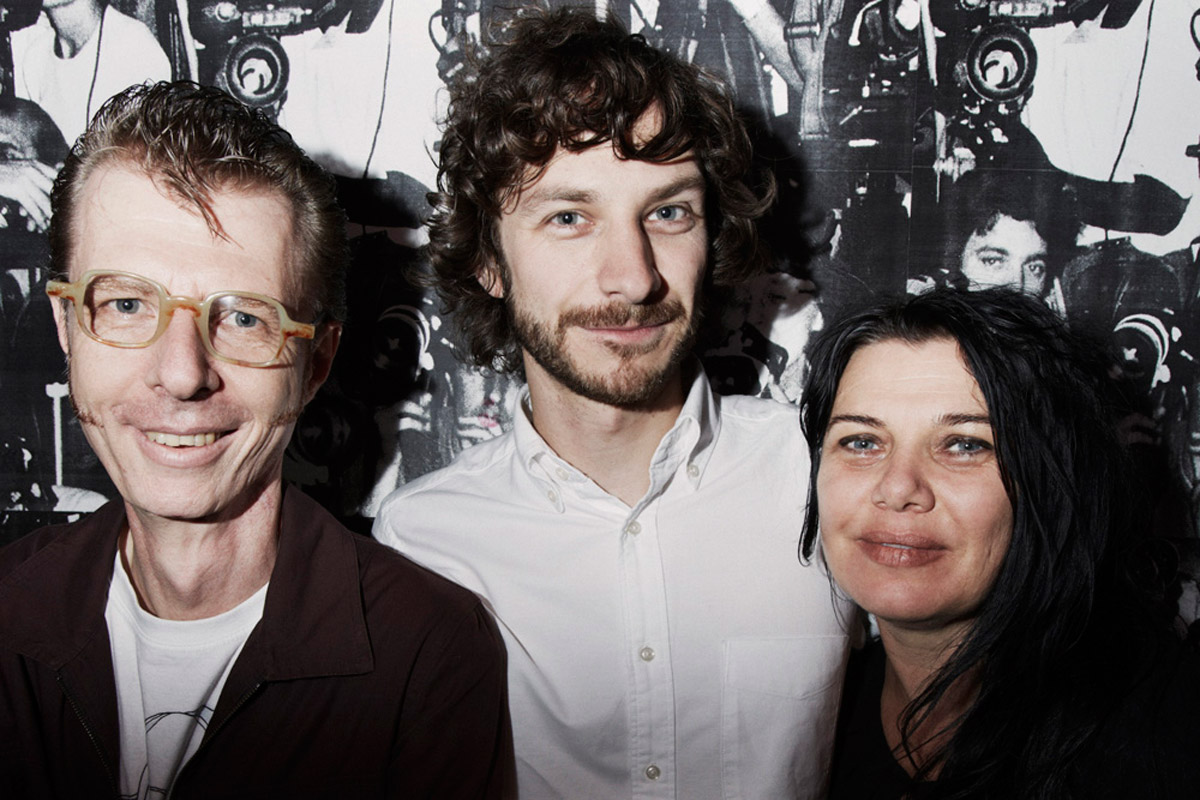 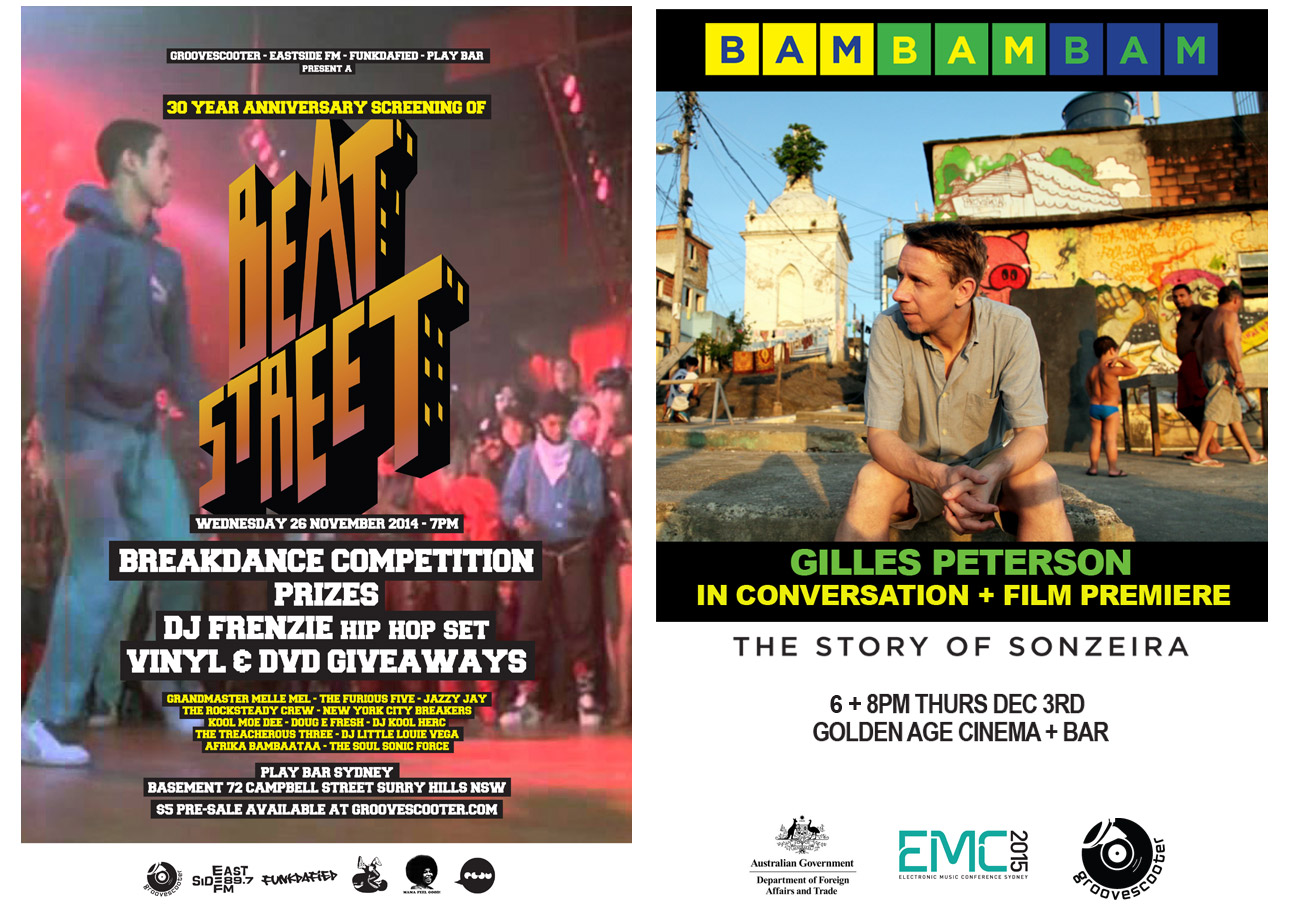 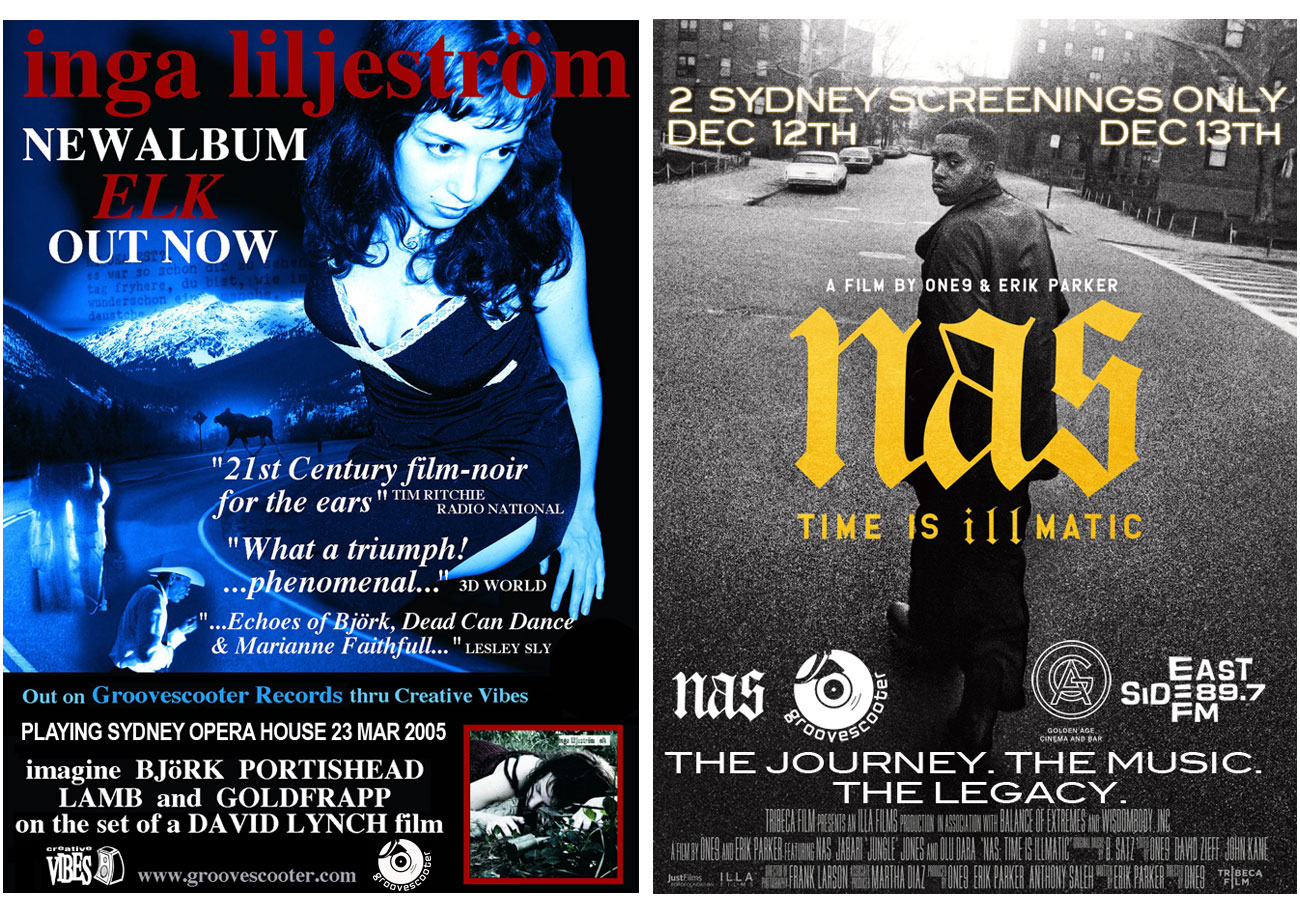 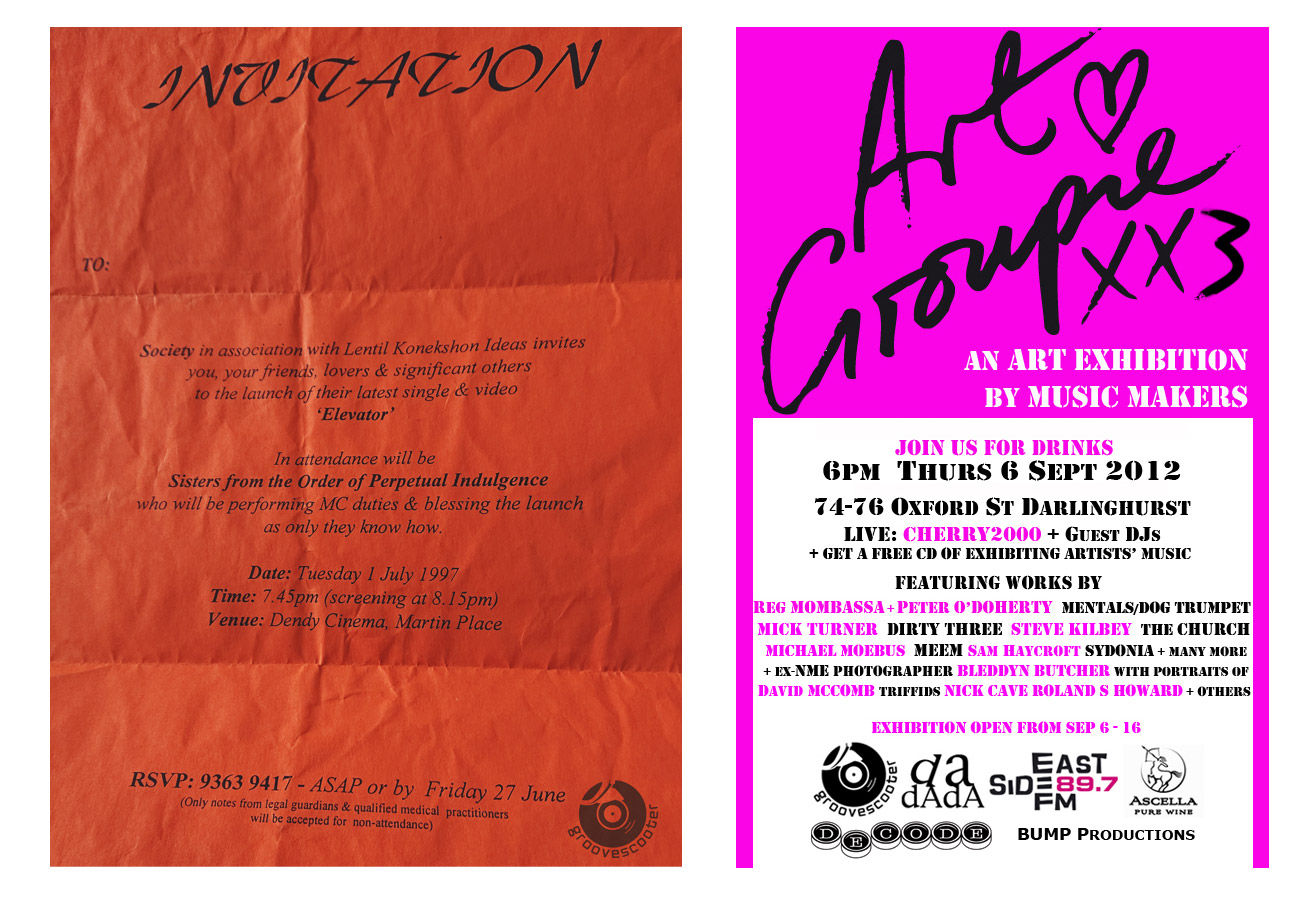 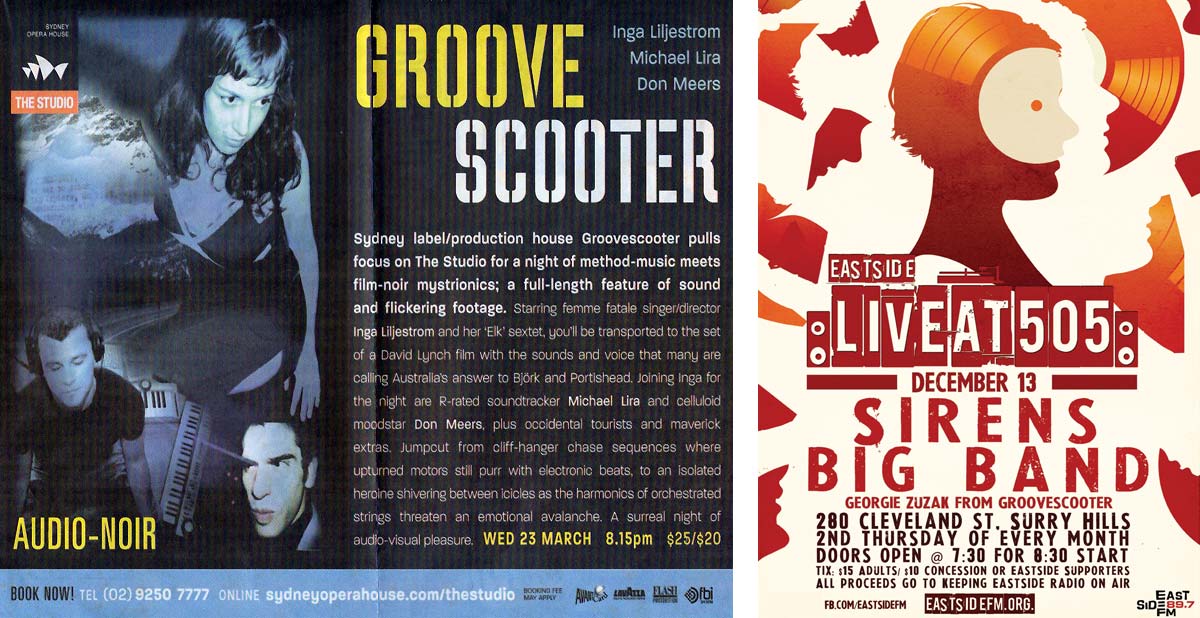 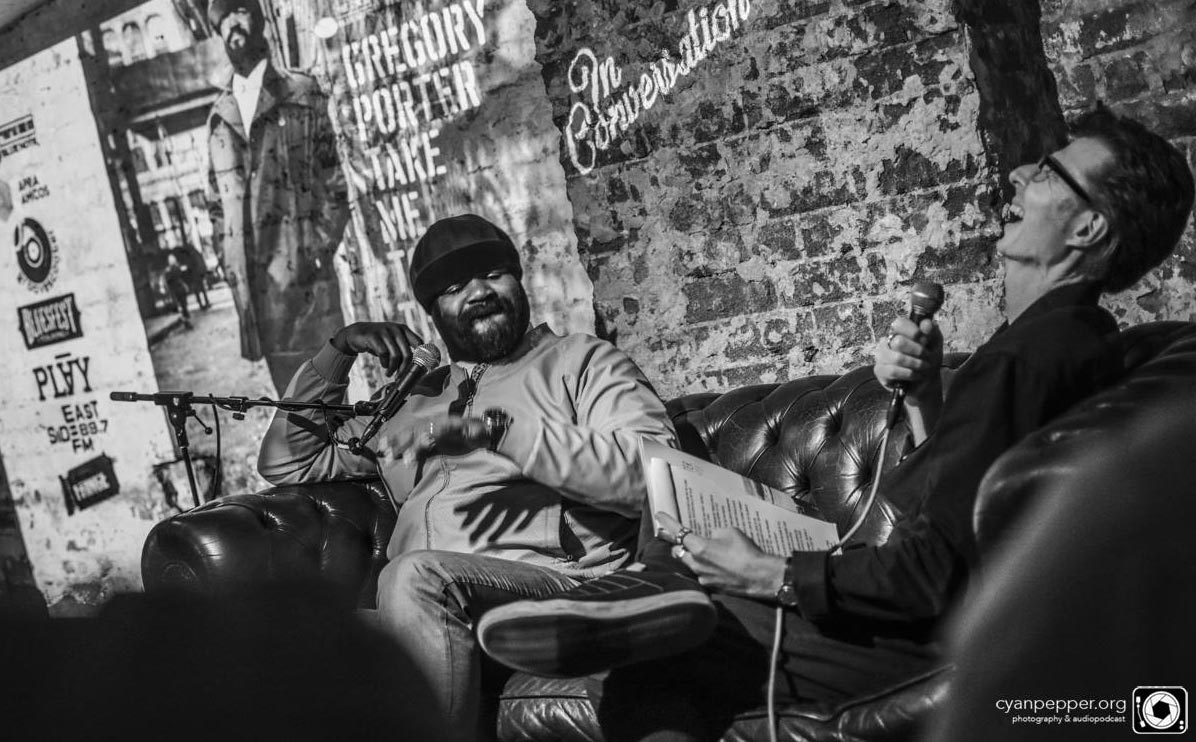 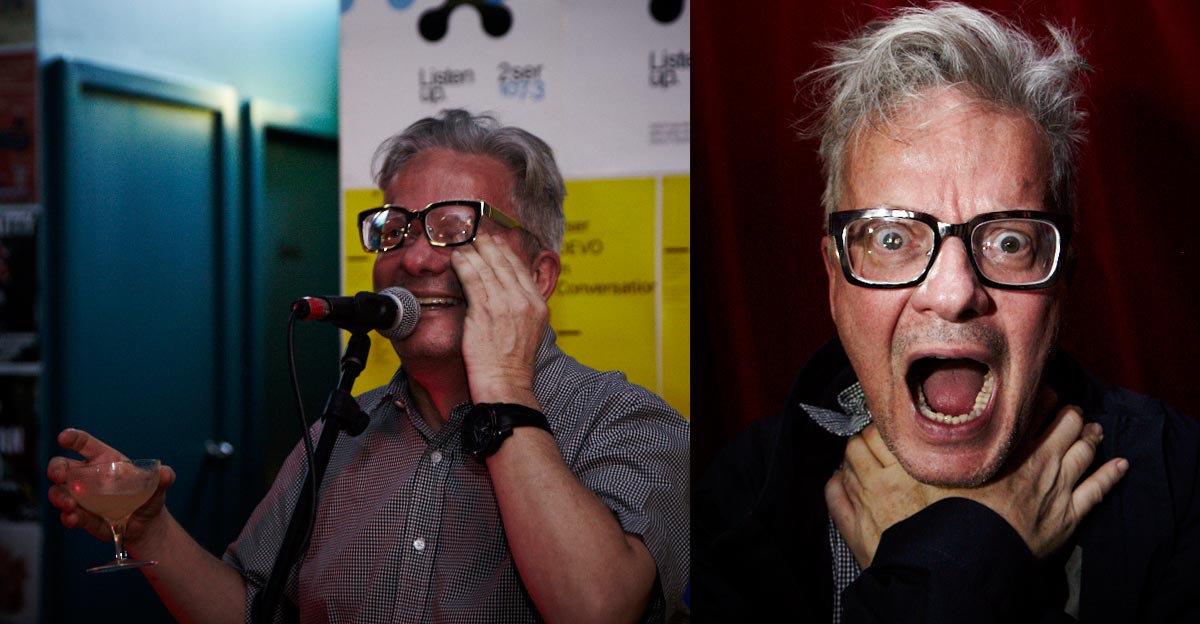 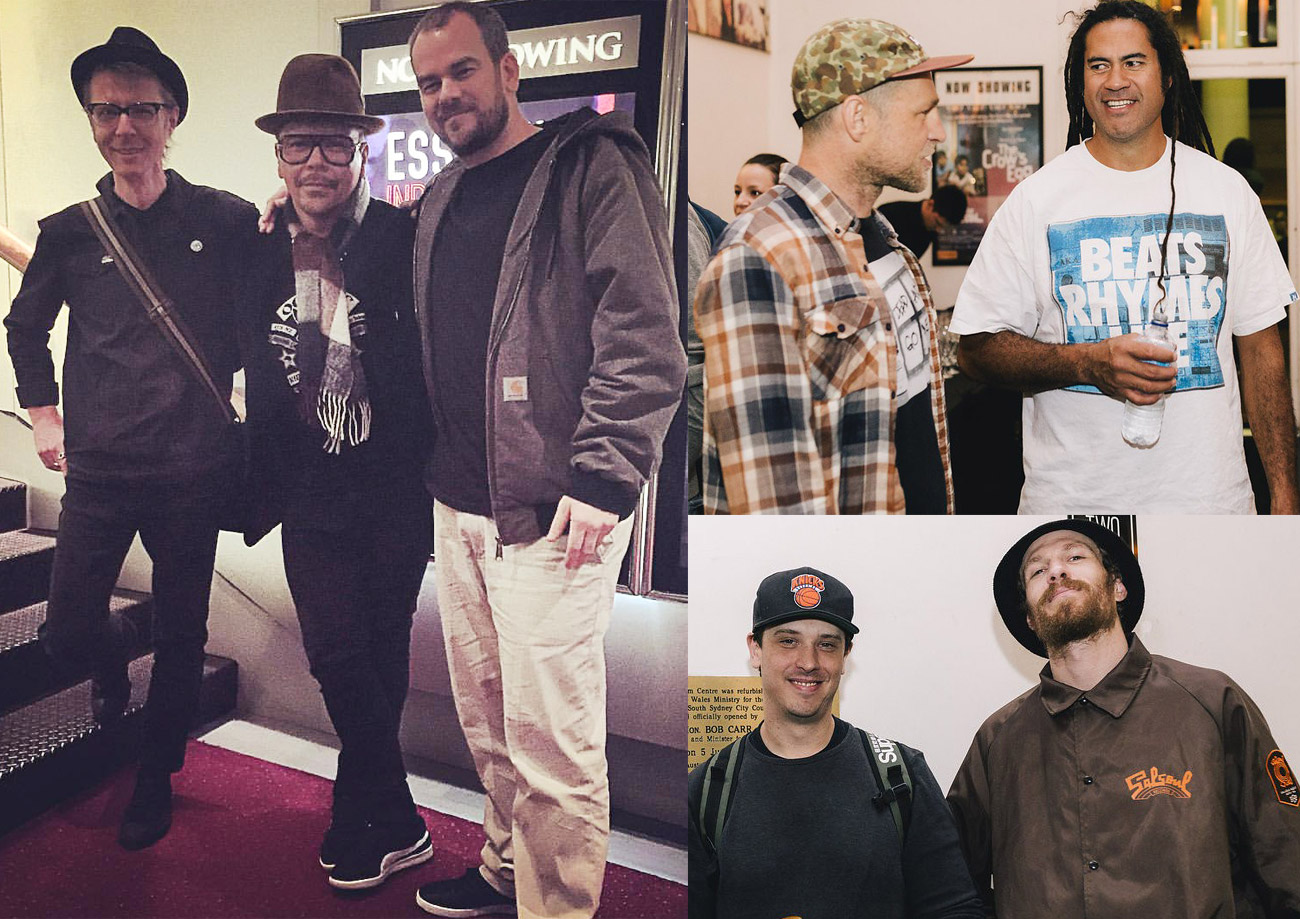 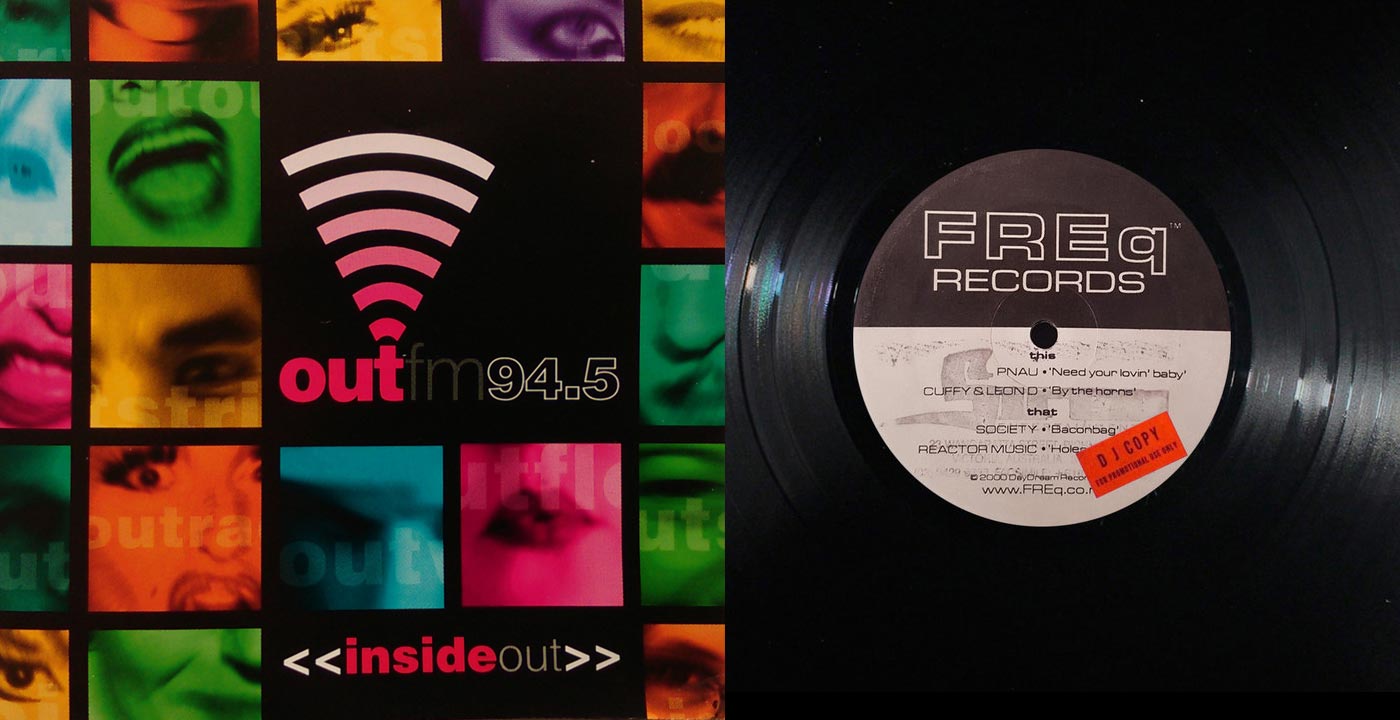 ABOVE: COUPLE OF LATE ’90S GROOVESCOOTER TRACKS (UNDER THEIR ‘SOCIETY’ ALIAS) FEATURED ON
INSIDEOUT (MARDI GRAS 1999, WEA, COMPILED BY KOOKY’S JONNY) AND A HOUSE 12″ (FREq, N.Z. ALONGSIDE FELLOW AUSSIES PNAU) 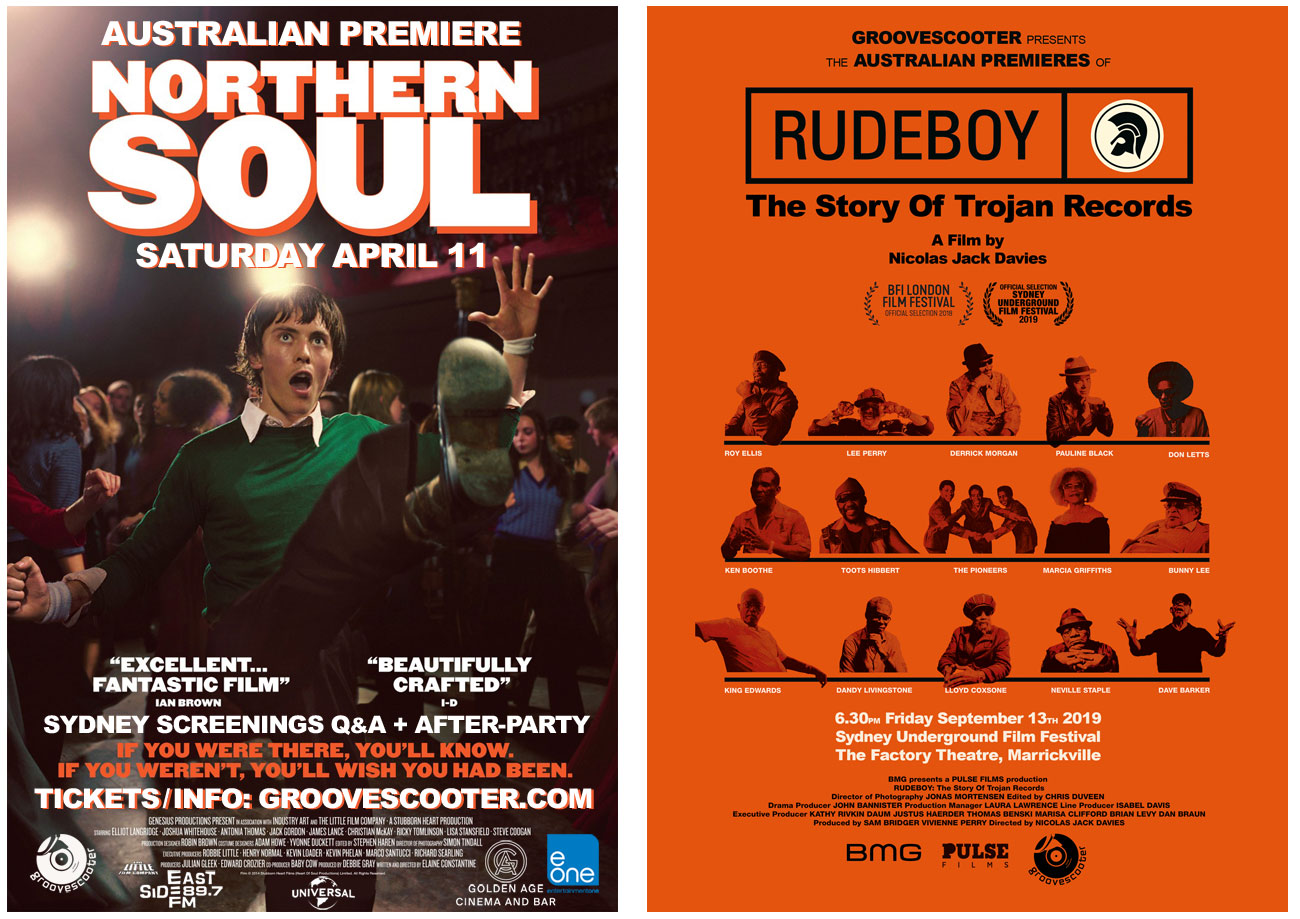 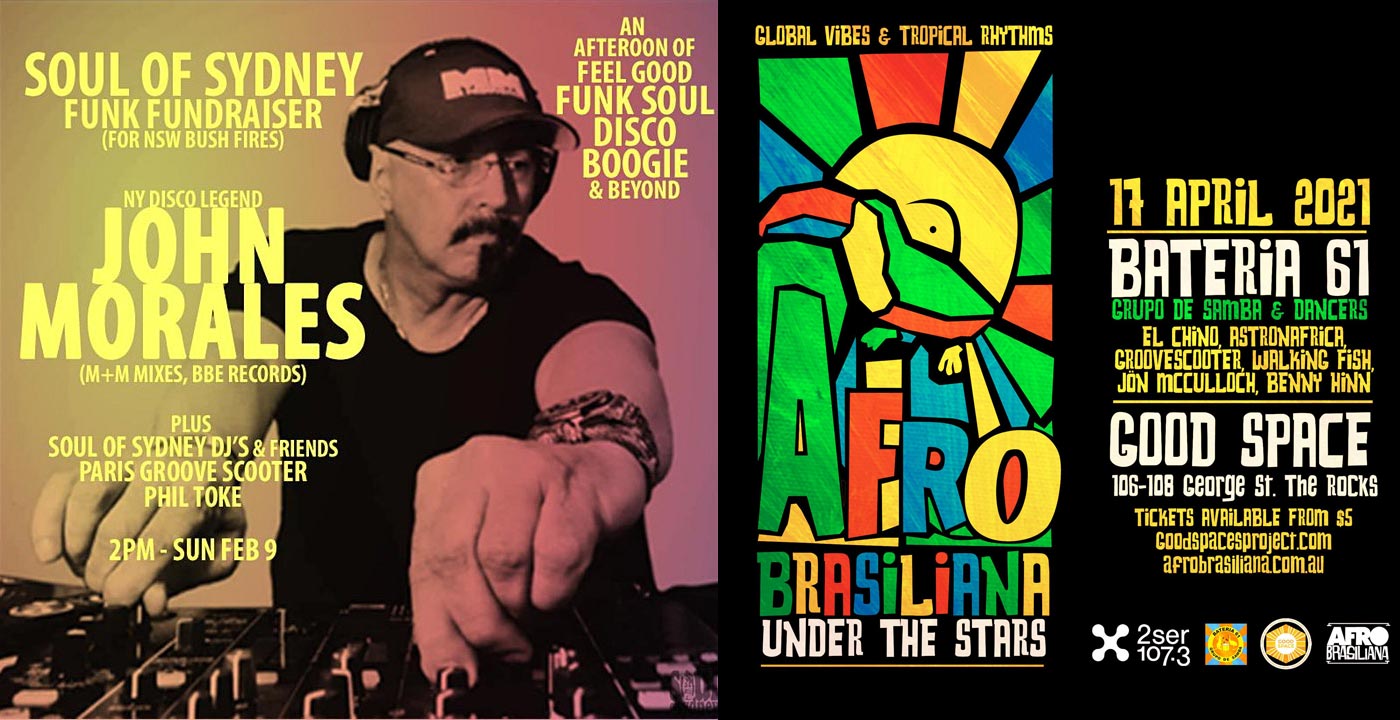 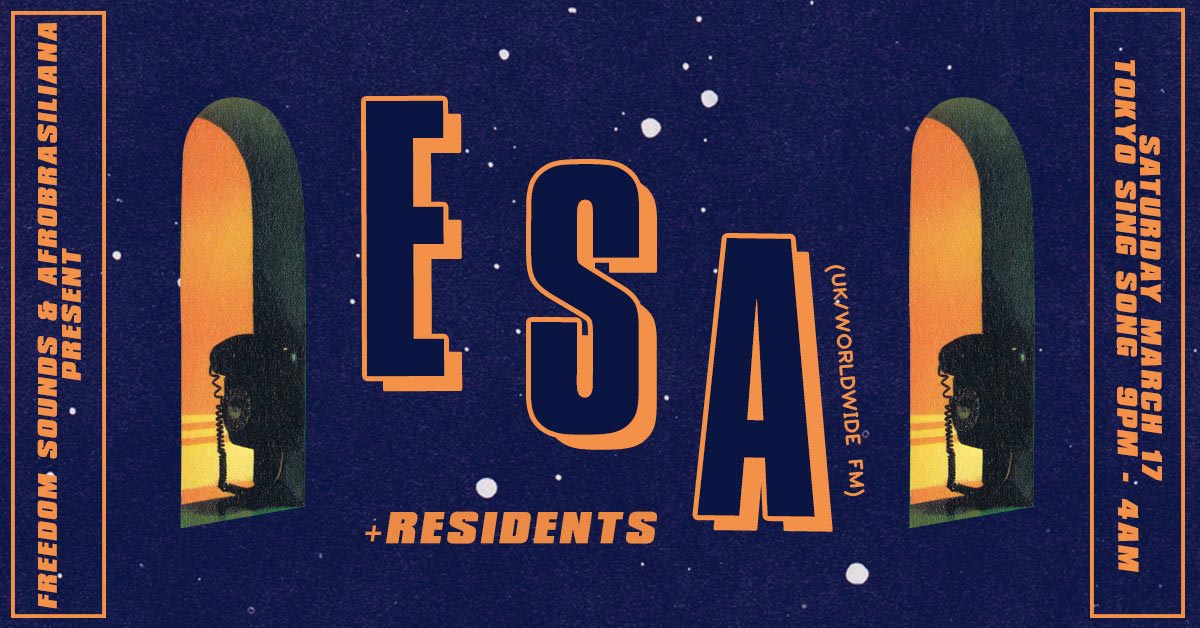 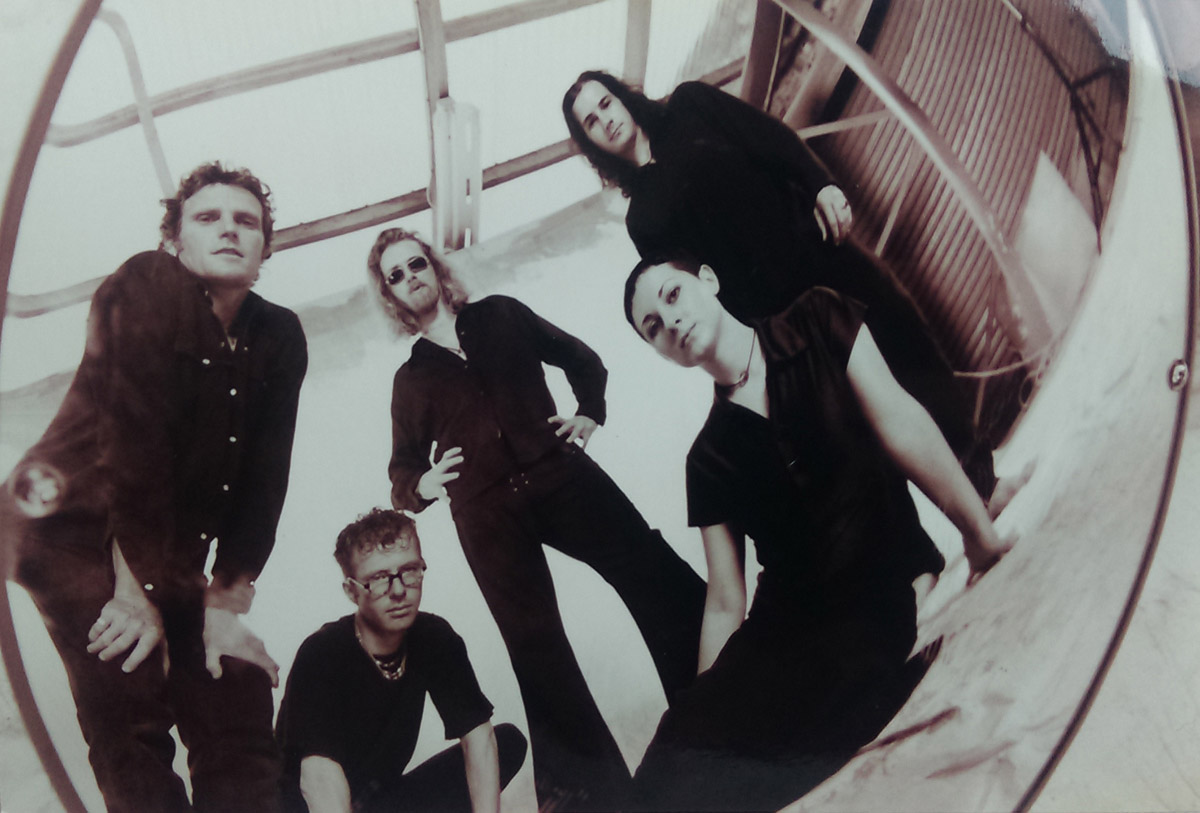