ALL THE STREETS ARE SILENT
NY'S Convergence of Hip-Hop + Skateboarding

Groovescooter’s STROBE Program returns to the Vivid Festival in 2021. The program includes the fantastic new documentary ALL THE STREETS ARE SILENT: The Convergence of Hip-Hop and Skateboarding (1987-1997)

In downtown Manhattan in the late-‘80s/early 90’s, the streets of New York were anything but silent, they were instead the site of a dynamic collision between two vibrant subcultures: skateboarding and hip hop. Including stories about renowned skaters like Harold Hunter (immortalised in Larry Clark’s film Kids), this tastefully rendered film featuring breathtaking stunts, takes us from the DJ booths and hip hop-focused dance floors of multi-level nightclubs like Mars, to the founding of brands like Zoo York and Supreme, showcasing a meeting of kindred spirits that would lay the foundation for modern street style. Narrated by Eli Morgan Gesner, Jeremy Elkin‘s All The Streets Are Silent brings to vivid life this important moment in history, as the emergence of an urban style and visual language forged a lasting cultural impact. Examining music, race, society, street life and culture, it’s full of archival footage featuring legendary characters and figures from the downtown scene.

With a soundtrack by Large Professor, countless cameos share anecdotes including Stretch & Bobbito, Darryl McDaniels (Run-D.M.C.), Rosario Dawson, Kool Keith, Fab 5 Freddy, Moby and many more. Due to Covid Lockdown, we’ve had to postpone the Sydney Premiere screening, so those in Melbourne and Perth will see it first. 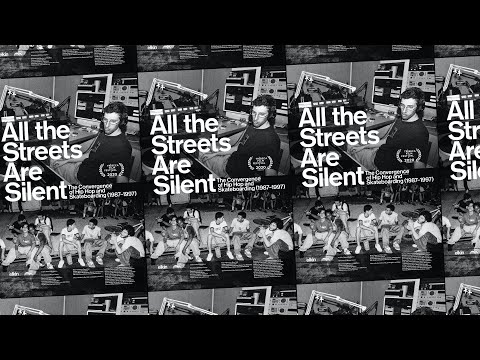