BLITZED FOR MARDI GRAS
A DOCUMENTARY ABOUT THE "BLITZ KIDS"

★★★★ “A substantial, inspiring work about a legendary club night that was an integral part of a youth culture movement that helped shape more open attitudes towards sexuality, and continues to have an impact on fashion, music, and beyond.” [Queer Review]

Starring reformed kleptomaniac Boy George, Marilyn, Princess Julia, Gary Kemp (Spandau Ballet), Midge Ure (Ultravox) Rusty Egan and a host of others, this is the story of the legendary London nightclub that launched the New Romantic movement. There, inspired by Bowie, Roxy Music, Kraftwerk and the can-do ethos of punk, in the late 1970s a ragtag group of working class teenagers and art students in bleak post-war London formed their own vibrant, inclusive community centred around Tuesday nights in Soho. In contrast to the film Tramps! which we recently screened in Sydney, this film by directors Bruce Ashley and Michael Donald focusses far more heavily on the clubbing/music side of the story and includes some very funny anecdotes about what went down pre and post stardom. Like who lost their shit when David Bowie turned up at the club looking for extras for his Ashes To Ashes video? And who really cared when Mick Jagger tried to celebrity-weasel his way in to the club only to be confronted at the door by future Visage star Steve Strange? Paraded on screen for this fun romp are a gaggle of fabulous interviewees telling tales and bringing to life the ensuing ’80s musical/sexual revolution, as well as the friendships and rivalries behind the scenes. 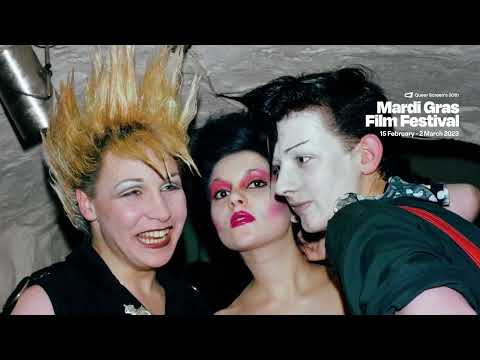