ArtGroupie – is an exhibition series with collectable CD displaying artworks from musicians/DJs/producers who also work in various visual art forms. This second exhibition was housed at Tap Gallery in September 2008 as part of the Anode Festival, launching with a live performance from The Church’s Steve Kilbey and All India Radio. The place was so hot and rammed on opening night, even the MTV crew were wondering if they’d get in to the gallery… they did. On display and sale were paintings, drawings, photos and even an interactive audio sculpture (see examples below) from around 30 musicians/artists. Most of the artists involved were also represented with tracks on this 2 memento albums, available on opening night or by mail order from us. 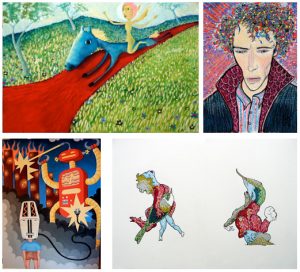 After a great response to our 2006 event, in 2008 we’ve doubled the number of exhibiting artists and widened the scope from paintings and photography, to now also showcase collage, mixed-media pieces and sculpture. There’s even an interactive installation – wait till you get your hands on the suspension wires of electronics whiz kid Nick Wishart’s (ToyDeath) ‘musical bridge’ model! From evocative photos to oils on canvas, psychedelic pastels/gouache and more, the breadth of what these musos create when not recording or touring, will surprise. It may also surprise you to discover that while many of these musicians are well known for their melodic output, a passion for art means their visual works also feature in collections the world over. 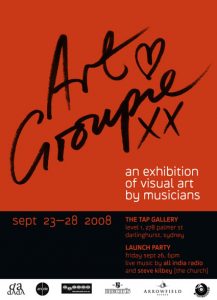 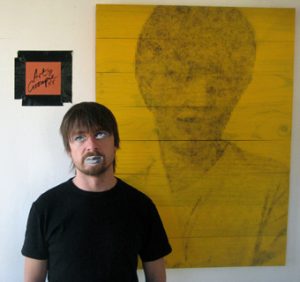 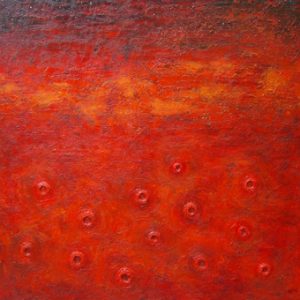 above: ‘Disconnected’ by Martin Kennedy 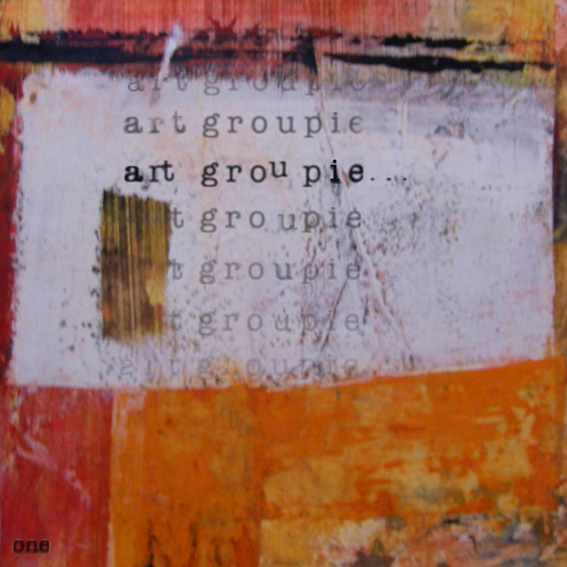