KING CRIMSON FILM
IN THE COURT OF THE CRIMSON KING

What began as a straightforward documentary about Robert Fripp‘s cult group King Crimson as it turned 50, mutated into an exploration of time, death, family, and the transcendent power of music to change lives. But with jokes.

The documentary explores the unique creative environment of King Crimson, one in which freedom and responsibility conspire to place extraordinary demands on the band’s members – only alleviated by the applause of an audience whose adoration threatens to make their lives even harder. It’s a rewarding and perilous space in which the extraordinary is possible, nothing is certain, and not everyone survives intact.

“One of the finest rock documentaries I’ve ever seen.” – Kyle Smith National Review 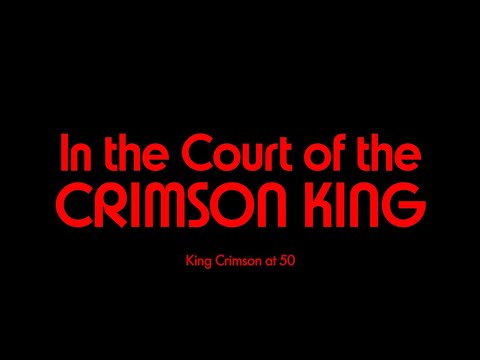 IN THE COURT OF THE CRIMSON KING OFFICIAL TRAILER