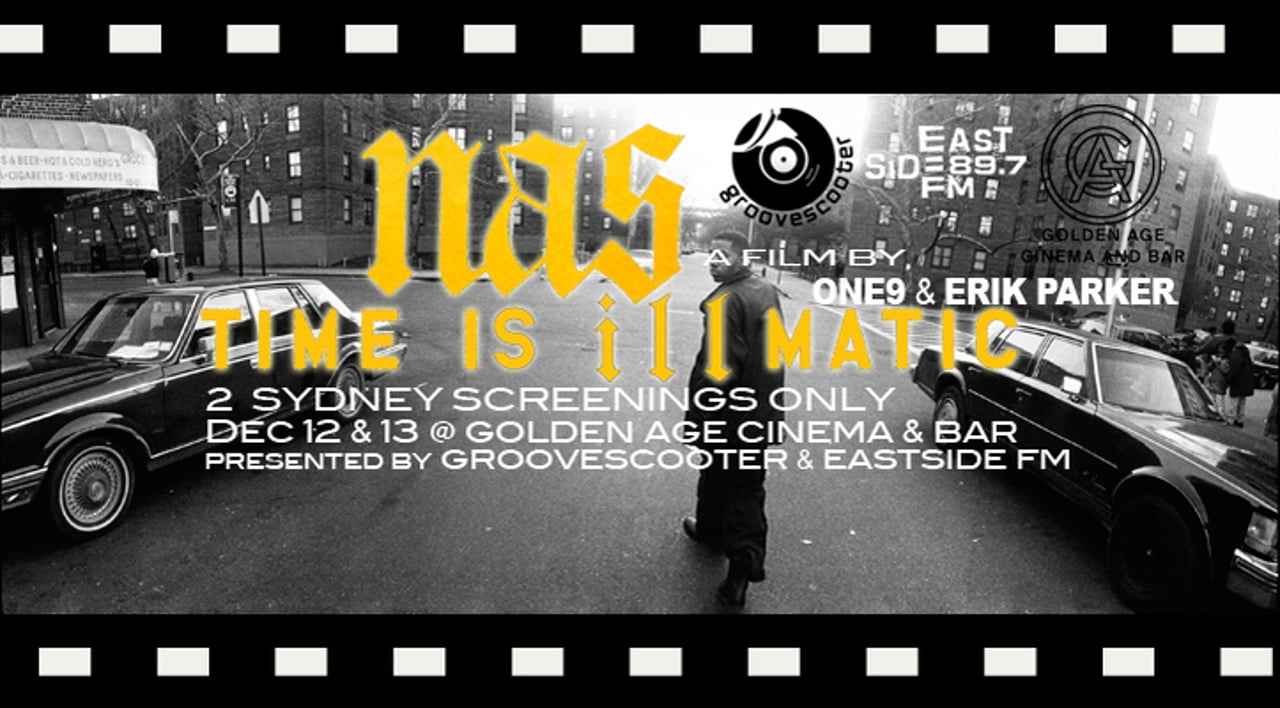 The Journey. The Music. The Legacy…

The Film. The Sydney premiere of One9 + Erik Parker‘s 2014 feature-length documentary film that delves deep into the making of Nas‘ 1994 debut album, Illmatic, and the social conditions that influenced its creation. Twenty years after its release, Illmatic has become a hip-hop benchmark that encapsulates the socio-political outlook, enduring spirit, and collective angst of a generation of young black men searching for their voice in America.

We’re thrilled to be screening this in Sydney ahead of Nas’ 2015 Australian tour, where he’ll be performing the album in full – especially given the Sydney leg of the tour at the Enmore has already sold-out. Featuring Nas alongside Roxanne Shanté, Alicia Keys, Swizz Beatz, Q-Tip, Pharrell Williams, Jabari “Jungle” Jones, Fab 5 Freddy, Pete Rock, Dr Cornell West, Busta Rhymes and others, after opening the Tribeca Film Festival earlier this year, Sydneysiders now have the opportunity to see it on the big screen for the first time.