NEVER STOP: A MUSIC THAT RESISTS
The Story of Techno

Four musical trailblazers – Juan Atkins, Derrick May, Carl Craig, Jeff Mills – and one city: Detroit. This artfully filmed documentary is set against the varied landscapes of The Motor City and tells the story of techno. Rewinding to 30 years ago and bringing us right up-to-date, visit the independent artists and labels who created a scintillating, machined dance culture of resistance that still continues to resonate worldwide. Filmmaker Jacqueline Caux takes a look at these four pioneering figures  through extensive interviews, each of them offering sometimes funny, often revealing, and always interesting observations. With tales about the early days and a burgeoning DIY industry, those who inspired them, the radio DJs who helped break the new sound, the independent record shops who supported their earliest releases, and the major labels who tried to destroy them, Atkins, May, Craig and Mills shine throughout. Featuring a great soundtrack alongside live footage and insights into the city of Detroit itself, Never Stop is a homage to an ongoing, uncompromising underground culture.

WHY YOU SHOULD SEE THIS FILM

Directed by French filmmaker Jacqueline Caux, who discovered techno and many of the genre’s instigators at late night parties in Paris, Never Stop – A Music That Resists is a strikingly rendered document that lends the city and its music a surprisingly lyrical poeticism. She explores both the aesthetic influence and social impact Detroit techno has had, highlighting how it has sustained a still-thriving local community whilst managing to nourish countless others around the globe. Filmed with an artful and introspective eye that captures Detroit’s unique architecture alongside abandoned graffiti-filled industrial sites and rare footage of early techno clubs, the film showcases a city in a state of both decay and endless renewal. Nothing stops Detroit! 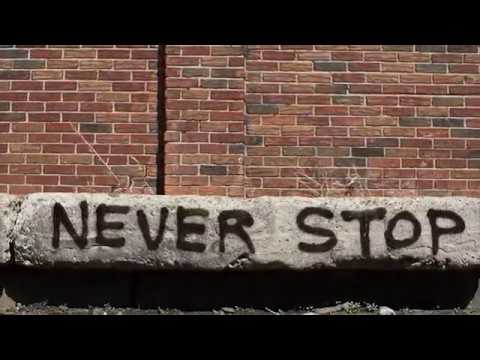 Never Stop - A Music That Resists