Presented by: Groovescooter, 4ZZZ, Nowhere To Run & Entertainment One

We’ve been working on premiering this film here in Australia for many, many months and are thrilled to finally announce some cinema screenings including the Australian launch in Sydney in April, followed by the Melbourne premiere in May. in association with Entertainment One. Set in 1974, NORTHERN SOUL is an uplifting tale of two English friends, played by newcomers Elliot James Langridge and Joshua Whitehead. Fuelled by amphetamines and ambition, like the army of real-life Wigan Casino pilgrims they portray, the pair discover Black American soul music’s infectious rhythms and raw emotion, witnessing the birth of a culture that changed a generation. Support cast includes Steve Coogan, Antonia Thomas and Lisa Stansfield.

Written and directed by award-winning photographer Elaine Constantine (who has been nominated for a 2015 BAFTA for Outstanding Debut by Writer/Director or Producer), Northern Soul is a beautifully crafted homage to a music phenomenon/sub-culture that continues to this day around the world, not least here in Australia. Authentically recreating the dance moves, club vibes, DJ culture and fashion from within the scene itself, the film has an OUTSTANDING SOUNDTRACK (available also on vinyl in a re-issued boxset) that will have you dancing in the cinema aisles.

DO NOT MISS THIS FILM, our special Q&A in Sydney with some original Wigan Casino regulars and the After-Parties put together by our friends from The Australian National Northern Soul Weekender (Sydney), Soul-A-Go-Go in Melbourne and Nowhere To Run in Brisbane. 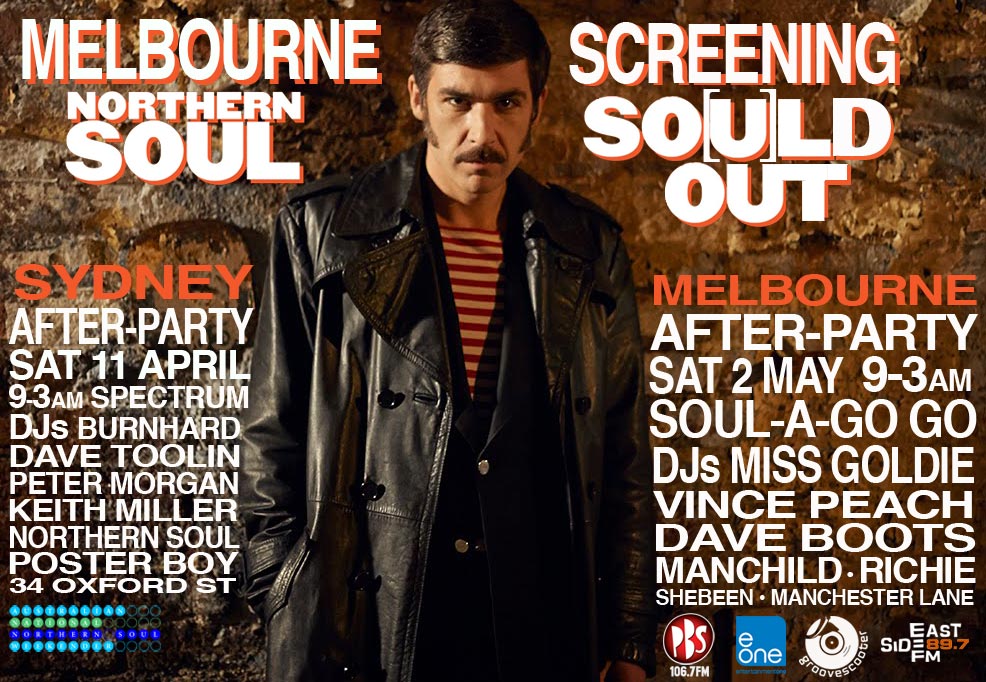