MISSED IT? Watch the full Video below

On the same day you can also hear
long-time music friends Paul Mac
and Kooky‘s Jonny Seymour talking
about their collaborations whilst sharing
some wild stories from their worldwide
adventures.

2SER and Groovescooter‘s live interview series, In Conversation returns for 2015 with a double-header for Mardi Gras.

When Simon Hunt unleashed his drag-dissident persona Pauline Pantsdown in 1997, few could have predicted Pantsdown would outlast her political prototype from Ipswich. A decade and a half later, Pantsdown is still motivating thousands of social firebrands into action, with an inclusive agenda that goes way beyond Queer. Using a wicked sense of humour, Hunt’s creative, colourful and fun approach to tackling injustice is matched by a social media presence many federal ministers would die for. With recent world events making political and religious satire a highly charged topic once again, this in-depth chat with one of Australia’s leading agitators will be topical, entertaining and provide insights into one man’s merging of the political with the personal. Simon Hunt will be talking with Groovescooter’s Paris Pompor as well as answering your questions. 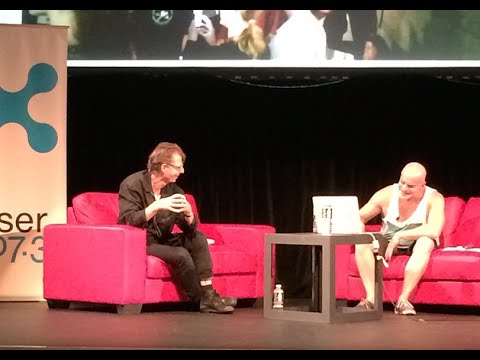