“It’s an intense, 86-minute pleasure to be in the company of Don Letts. Letts is an evangelist for musical possibility.” [The Guardian]

Finally premiering in Sydney after its March 2022 gala in London, this is the story of DJ/musician, filmmaker and cultural commentator Don Letts. It’s also the story of a new generation of British-born Black mavericks and reggae-loving Rastas whose DIY tenacity found a kindred spirit among the nascent punk scene of the late-‘70s. As Bob Marley would later sing after hanging out with Don Letts in Chelsea, this cross-pollination became something of a Punky Reggae Party –  the word “party” coming to mean both the knees-up and political varieties. With a super-8 camera always on-hand and Enoch Powell’s racism-fuelling ‘Rivers Of Blood’ speech egging him on, the stylish young head-turner Letts became the resident DJ at punk’s infamous Roxy Club (where he’d blast the pogoing mosh with dub-reggae vinyl since there were scarce punk records yet released) and went on to manage femme-vitales The Slits and form the bands Screaming Target and Big Audio Dynamite. With hundreds of iconic music videos and documentaries to his credit (not least London’s Calling) Letts has chronicled as well as influenced countless artists over the years and continues to charm and challenge as a much-loved voice on BBC Radio today. Traversing the streets of Bristol to the graffiti-rich streets of New York at the birth of hip hop, this documentary also takes viewers from Jamaica to Namibia as Letts parks himself aptly in a director’s chair with a spliff on hand to recount with honesty his life’s restless and many-faceted journey; a journey where bass-rich music has consistently provided the crucial, driving heartbeat.
While you may recognise Don Letts as the dreadlock-flying figure of street-riot resistance immortalised on the cover of Clash’s groundbreaking Black Market Clash record, this film will take you deeper into his rich music career as well as his complex culture connections and family relationships. It’s all brought to life with archival footage from all corners of the globe, some of it never before seen by the public. On board to flesh out Don’s eloquent direct-to-camera stories that span “working” in Malcom McLaren & Vivienne Westwood’s SEX boutique to touring the world’s stages, are friends and peers like Paul Simonon and Mick Jones of The Clash, Jazzie B (Soul II Soul), John Lydon (Sex Pistols/PiL), Daddy G (Massive Attack), Norman Jay, Dennis Bovell, Jeannette Lee, Andi Oliver, Chris Salewicz and Grace Letts. 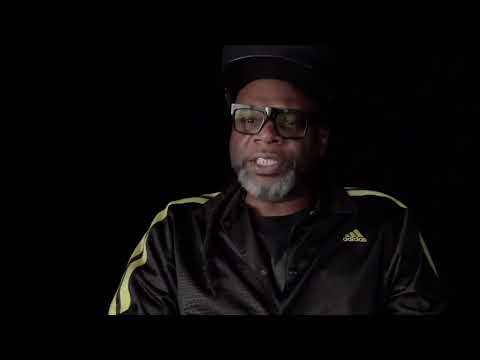