Britain in the 1980s: Conservatives are in power and Section 28 outlaws the promotion of homosexuality. Amid this tumultuous backdrop, radical lesbian squatters occupy the abandoned houses of London to forge a sexually liberated commune of kink-positive, leather-clad, anarchist feminists. The Rebel Dykes abseiled into the House of Lords, hijacked The Six O’Clock News in protest, opened a legendary lesbian S&M club, performed as The Sluts From Outer Space and rode around the city in a motorbike gang; continually thrusting against attempts to curb their self-expression, even by sections of the feminist movement itself. For the first time, the stories of this renegade group are sparked to life in Rebel Dykes, a fierce and funny documentary capturing unbelievable testimonies via a mix of animation, unseen archival footage, interviews and a rocking soundtrack – providing an intimate insight into the riotous subculture that shaped queer herstory. 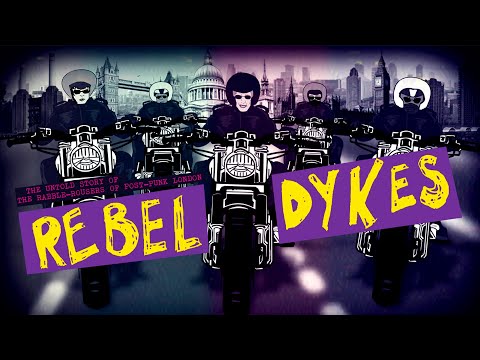