Created alongside our double sided cassette mix-tape of all Australian boogie/dance/electro/synth-funk from the 1980s, this limited edition T-shirt was produced for Groovescooter’s 21st Birthday celebrations.

Available by mail-order, the T-shirt package includes: 1 x T-shirt (black or white), a Cassette with 2 x 30min DJ mixes by Mr Lob and Paris Groovescooter, stickers and a download pack featuring both DJ mixes plus over 20 bonus edits/remixes/cover versions from a host of modern-day Oz producers.  BUY NOW 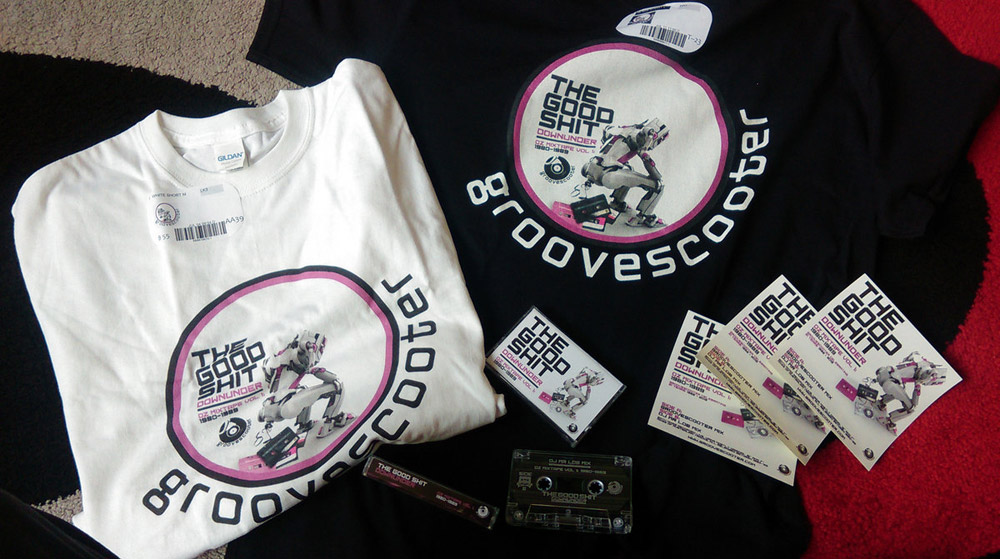 Story behind the mixtape…

Back in the ’80s when the people behind Groovescooter first started playing in bands and were navigating those final, near-suicidal years of high school stuck in suburbia, there were a bunch of Australian bands who gave us hope and provided a window to an escape hatch. These were artists who inspired us by paving the electronic way locally and pushing against the pervasive pub-rock mentality in Australia. Rather than swimming with the board-shorted tide, they took their influences from the Stateside disco/soul/boogie/r’n’b scenes and the newer European strains of electronic dance music only heard on JJ, community radio, in certain nightclubs or by forking out a fortune on import records. We looked up to these maverick Australian artists, went to their gigs and shamelessly emulated them. Eschewing guitar solos (and often guitars altogether), they instead lugged drum machines, Simmons kits and synthesizers to gigs, while struggling with MIDI and early sequencers in their live seups. Some of them even managed to get their hands on a costly Australian invention called The Fairlight (which made us insanely jealous).

Outside of inner-city Melbourne and Sydney, favouring dance music over guitar-posturing at the time took some courage, as sometimes punks would gob or threaten violence, while rock yobbos hurled homophobic insults at the stage. So we take our hats off to renegades like The Reels, the mighty Rockmelons, Models (for the utterly groundbreaking Alphabravacharliedeltaechofoxtrotgolf), I’m Talking, Flotsam Jetsam, Vitabeats, Flaming Hands, Deckchairs Overboard, Fiction Romance, Big Pig, Pel Mel, Machinations and many others. Our 21st birthday mixtape and the bonus pack of edits is inspired by these artists and others.

You can BUY THE MIXTAPE on cassette from our Bandcamp store. 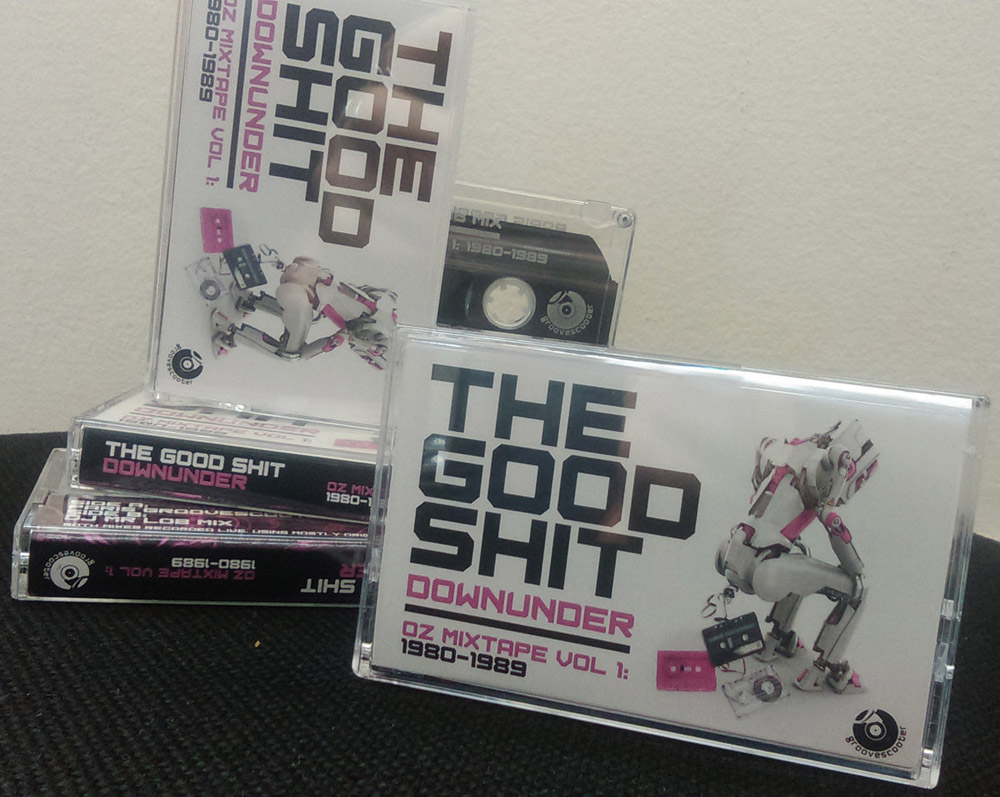