THEORY OF OBSCURITY
The Residents

Following its world premiere at SXSW this year, Groovescooter is thrilled to finally announce the Sydney premiere of Don Hardy‘s documentary Theory Of Obscurity about one of the most intriguing musical acts/arts collectives of the last six decades, THE RESIDENTS for the Sydney Underground Film Festival (SUFF). From their beginnings in San Francisco in 1969 to the present day, this eye-ball masked multimedia troupe has continued to innovate, confound, challenge, surprise and delight whilst remaining completely anonymous. Featuring Gerald Cassale (Devo), Jerry Harrison (Talking Heads), Les Claypool (Primus), Penn Jillette and maybe The Residents themselves all theorising not only about what makes this group so special, but also who the hell they are! Have members of The Beatles been part of the line-up? Does that explain the cover of their debut LP Meet The Residents? These and other questions will remain unanswered. 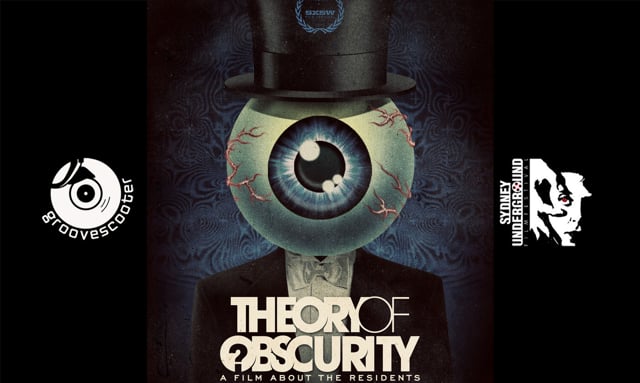