Yes, if we could have scheduled this for a 3 a.m. screening, we would have.

It’s finally here! Following its August 2022 Australian Premiere at the Melbourne International Film Festival, Australian KLF fans can now see the documentary in other major cities and travel back in time to Mu Mu Land with one of the most enigmatic and confounding, yet chart-topping groups, of their generation: Bill Drummond and Jimmy Cauty’s situationist band The KLF. Like  disembodied timelords, their two voices hover throughout this highly entertaining and enlightening film by director Chris Atkins, while insights from Paul Oakenfold and Carl Cox help unpack an outrageous anti-capitalist “career” that began with a series of million-selling, groundbreaking records and ended with the duo burning one million pounds and firing machine-gun blanks at a BRIT Awards audience. Fact, fiction or music myth? Regardless, throughout the ‘80s and ‘90s the anarchic KLF delighted, confounded and vexed both ravers and an industry machine obsessed with the monetisation of art. It’s little wonder then that this documentary is fully unauthorised by Drummond and Cauty and has been held up with them attempting to stall its release. Still, when it comes to documenting the Justified Ancients of Mu Mu on film, ‘Who Killed The KLF?’ is the most complete Illuminatus we have. Just don’t expect it to answer every question you might have dreamt up while under the influence. 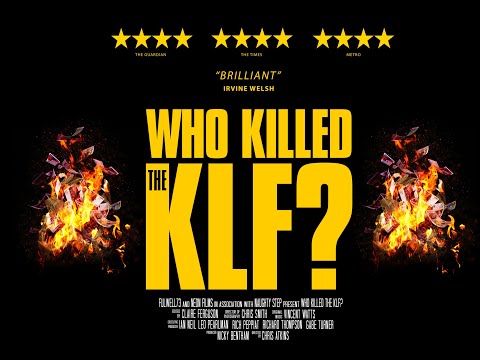