In time for Mardi Gras’ 40th Anniversary and our screening of Queercore: How To Punk A Revolution – Groovescooter’s new range of T-Shirts includes this Freddie Mercury/Sex Pistols-inspired design by Paris Groovescooter.

What’s the connection between the Sex Pistols and Queen’s flamboyant frontman, besides a bit of fun? Well there was that time the two bands clashed, which we read about in Rolling Stone Magazine one time. It goes something like this:

Queen were recording across the hall from the Sex Pistols in the same London studio on year, and Pistols bassist Sid Vicious stupidly wandered into Queen’s control room one day itching for a fight.

“Have you succeeded in bringing ballet to the masses, then?” Sid apparently said sneeringly at Queen’s singer.

Freddie is then said to have got up out of his chair to mockingly fondle the safety pins on the front of Sid’s leather jacket. “Tell me Sid,” asked Freddie, “did you arrange these pins just so?”

When Sid stepped forward in an attempt to intimidate Freddie, Queen’s singer simply pushed him back and asked, “What are you going to do about it?”

Groovescooter love this story (and Freddie) so we’ve taken inspiration from it (and some similar designs) to make this T-shirt available on black cotton, in colour scheme shown. Unisex /S M or L  ORDER HERE

• All Gender Is Ⓐ DragT-shirt
with queer-punk, gender-fluid toilet avatar
• AnarqueerT-shirt – Now Ready ORDER HERE
with Anarchist/Pink Triangle logo
• Vegetarian: Except When It Comes To Sex And MusicT-shirt
based on Warhol‘s Velvet Banana design 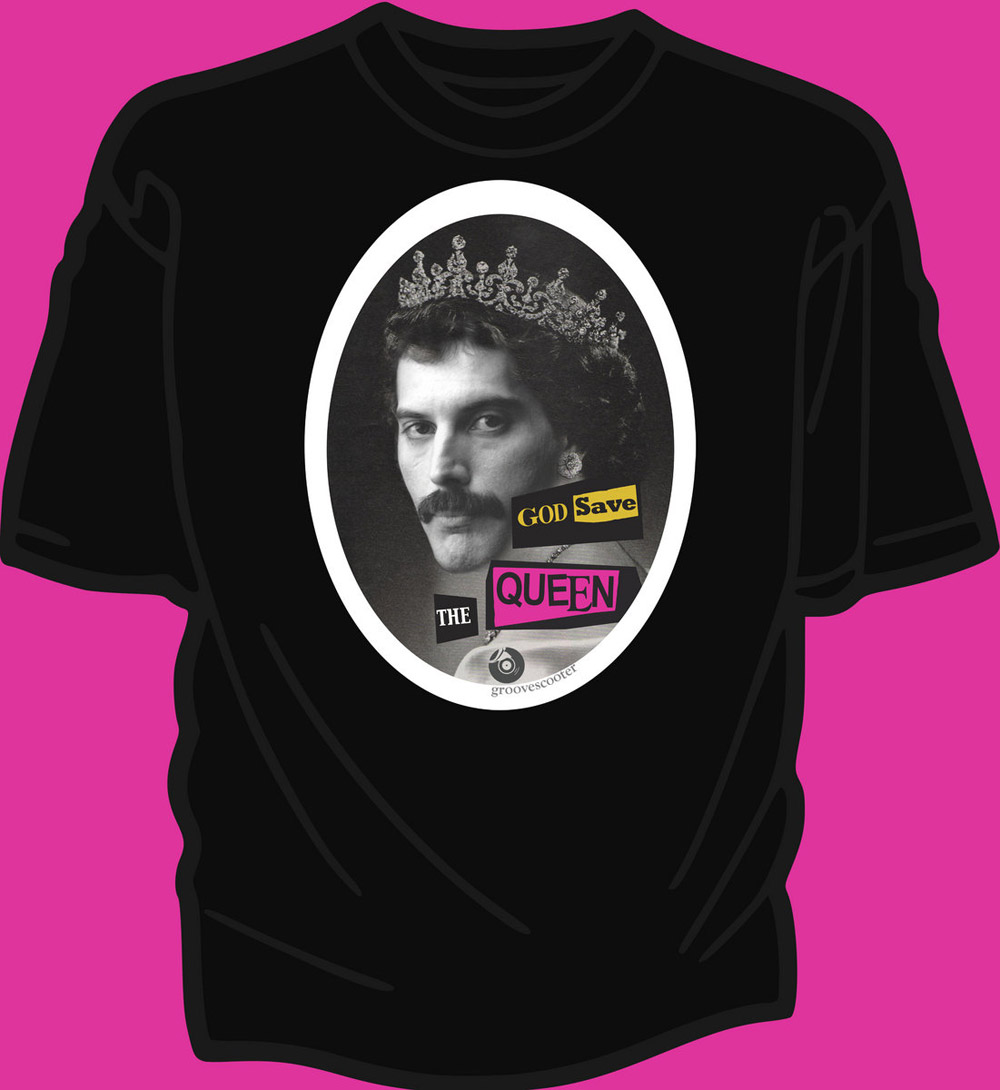